If you want to improve your health, it’s time to stop eating certain foods. The following are some of the best foods to eliminate for blood pressure.

According to the American Heart Association (AHA), about half of Americans have high blood pressure (hypertension) but don’t even know it. Fortunately, you can decrease the risk of developing hypertension or manage it effectively by eating healthily. You can start by eliminating the following foods from your diet, as they are some of the worst foods for your blood pressure.

A lot of research suggests that high sodium intake can increase your blood pressure and risk for hypertension. While we may like their taste, potato chips are basically the ultimate salty snack, so start eliminating them. 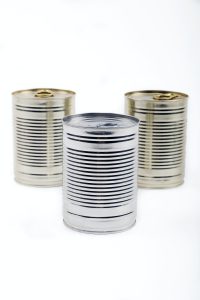 While we may want to reach for that canned chicken noodle soup when we’re sick, it’s better if you make it from scratch. It turns out that one Campbell’s Creamy Chicken Noodle soup contains 1,720 milligrams of sodium. Moreover, the AHA recommends a daily limit of 2,300 mg of sodium, so one canned soup will take up most of your daily intake.

Another food that is a staple of the American diet but also bad for your health is the tasty pizza. In addition to containing high amounts of sodium, it is full of saturated fat which can lead to high cholesterol.

In addition to being delicious, French fries are bad for your blood pressure and health due to their fat and salt content. According to researchers from Harvard Medical School, eating four or more servings of French fries per week may increase your risk of hypertension by 17%.

If you’re looking for a good reason to quit your soda-drinking habit, here it is. Studies suggest that drinking more than one sugar-sweetened beverage per day increases blood pressure and the risk for cardiovascular problems.

The reason why deli meats can last for so long is that they often contain the preservative sodium nitrate. As a result, they are full of sodium, which will increase your risk of high blood pressure and heart disease.

By avoiding these foods and substituting them with healthy options, you’ll be doing your health a favor. In addition, you can try supplements like L-arginine Plus to boost your heart health. Its ingredients effectively promote circulation, blood pressure, cholesterol, and more. Give your health the support it deserves by eliminating these foods and by taking L-arginine Plus.