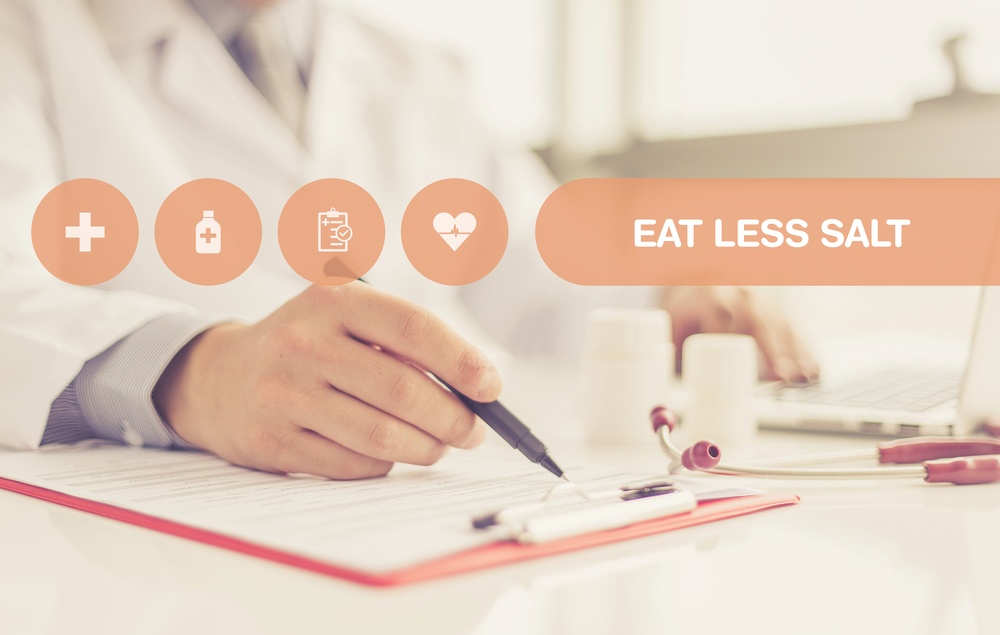 Before we get into the research portion that supports the idea of lowering salt consumption to lower blood pressure, here are some quick facts about sodium consumption in the US:

A study appearing in the next issue of the Clinical Journal of the American Society of Nephrology found that patients with chronic kidney disease (CKD) dropped their blood pressure by reducing their sodium intake.

Eating too much sodium with CKD can be especially dangerous because kidneys help to remove excess sodium. When the kidneys can’t do that, the risk of high blood pressure increases.

People with CKD tend to retain fluids, which also raises blood pressure. Eating too much salt can this problem to become a greater issue.

To see if it was possible to slow the progression of CKD, a team of scientists led by Dr. Rajiv Saran from the University of Michigan conducted a trial on 58 adults with CKD.

They conducted a crossover trial where the patients ate a low-sodium diet consisting of less than 2,000 mg of sodium for 4 weeks. Once finished, they took a two-week break and then ate their “usual diet” for 4 weeks.

During this time, the doctors took their blood pressure and tracked their vitals.

For the 4-week low-sodium diet trial, 79% of the participants lowered their salt intake and about 65% of the patients’ sodium was reduced by more than 20%.

During these 4 weeks, the participants made their own meals with the help of professional dieticians.

Dr. Saran stated, “We found that reducing sodium in the diet helps to significantly reduce blood pressure and reduce the excess fluid retention that is common among patients with kidney disease. This did not require complicated pre-cooked meals and was simply based on common sense advice given by trained dieticians that helps patient understand what it takes to reduce salt in their diets and what the potential benefits are likely to be.”

This study shows that by making changes in diet and where you eat can help decrease blood pressure. Doctors who suggest lowering salt consumption to lower blood pressure have even more evidence now to support their recommendation.

If you’re not sure how to eat less sodium, read this article or talk to a nutritionist about where to start. Be sure to read labels and be aware of what’s going in your body, rather than assuming it’s healthy.

Many times, foods that appear to be healthy are actually high in sodium. Try to cook at home more often or look at nutritional facts before you purchase any food.

Eating well will help you be heart healthy and reduce the risk of heart disease.