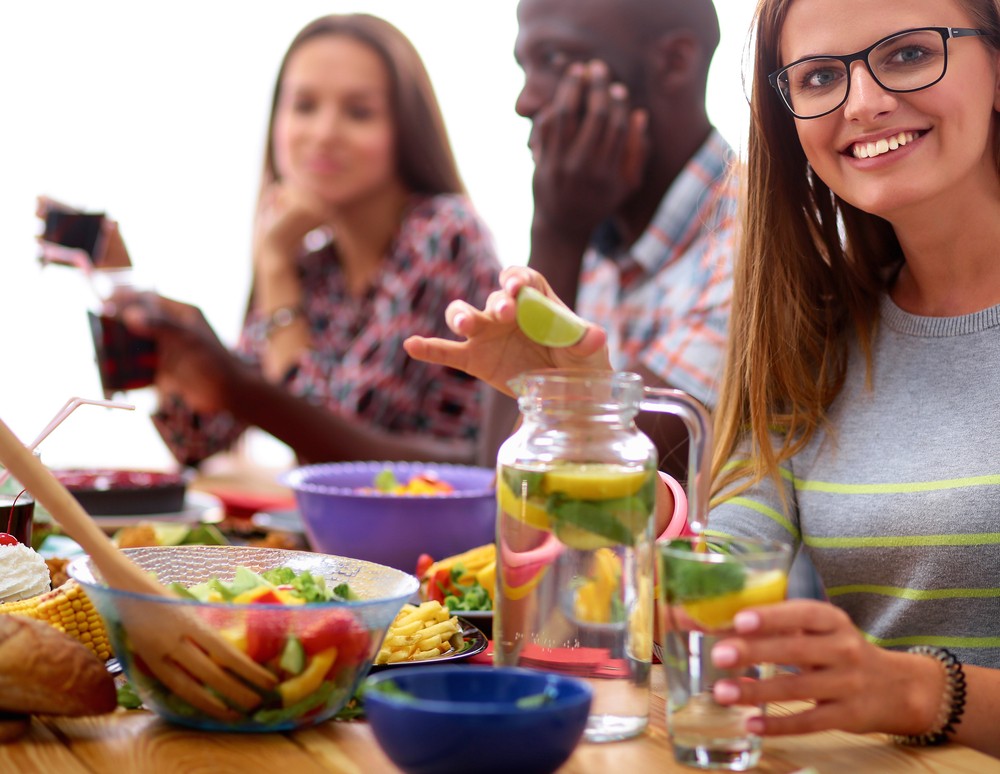 On average, Americans eat double the amount of salt that is recommended by the American Heart Association, leading to hypertension. One study proved that choosing better blood pressure is as easy as changing your diet.

In 1945, before blood pressure medication was invented, a researcher named Walter Kempner tested a rice and fruit diet on patients with hypertension at 210 over 140. At this level, the patient would’ve most likely died without modern medicine.

Today, this experiment wouldn’t be ethical, but because medicine wasn’t an option, Kempner could perform his research. He used a low-salt diet containing only plant-based foods, as well as food low in calories, fat, and protein.

The patients in the study all dropped their blood pressure to around 80 over 60, which is absolutely remarkable.

Simply changing their diet in several ways helped them to go from being on the brink of dying to being healthy.

An additional observational study gathered information on the Yanomamo people from the Amazon rainforest. They live off of the land, which means no added salt or processed food.

They only ate food high in fiber and a mostly plant-based diet. None of them were obese, none of them drank alcohol, and they all got plenty of exercise.

Their blood pressure essentially never changed over their lifetime. They started and ended with the same levels. In their 50s, they had the blood pressure of someone in their 20s. Not one single person had hypertension.

Conversely, many other countries, like the U.S., start with a healthy blood pressure and die with one much higher. Unfortunately, this is seen as common and normal.

Over 30% of Americans have hypertension and it’s the number one cause of death in the country. Hypertension is highly preventable. Many people could save their lives if they took a little better care of themselves.

It’s assumed that as we age, our blood pressure will unavoidably go up. So when we visit the doctor or take our own levels, we feel alright with it being “normally high.”

However, these two studies prove that choosing better blood pressure means changing the type of food you eat. Doing so can keep your levels healthy your whole life.

High blood pressure is generally bad news, but there is a bright side. By making certain lifestyle changes, you can significantly lower your blood pressure.

The following are some simple things you can do to reduce your numbers without medication.

According to a 2013 study, older adults who lead sedentary lives can lower their blood pressure by doing aerobic exercise.

The participants in the study lowered their readings by an average of 3.9% systolic and 4.5% diastolic.

For reference, these type of results are comparable to those experienced if you took blood pressure medicine.

Try to exercise three to four times a week in 40-minute sessions. If it’s too much, start with smaller segments and gradually increase the time and intensity.

People who are overweight can reduce their blood pressure by losing as little as 5 to 10 pounds.

Moreover, a 2016 review shows that weight loss can reduce blood pressure by an average of 3.2 mm Hg diastolic and 4.5 mm Hg systolic.

By limiting the amount of sugar and refined carbohydrates in your diet, you can lose weight and decrease blood pressure levels.

According to a 2012 analysis, low-carb diets can lower blood pressure by an average of 3.10 mm Hg diastolic and 4.81 mm Hg systolic.

In addition, low-sugar and low-carb diets can help you feel fuller for longer periods of time; this is due to eating more protein and fat.