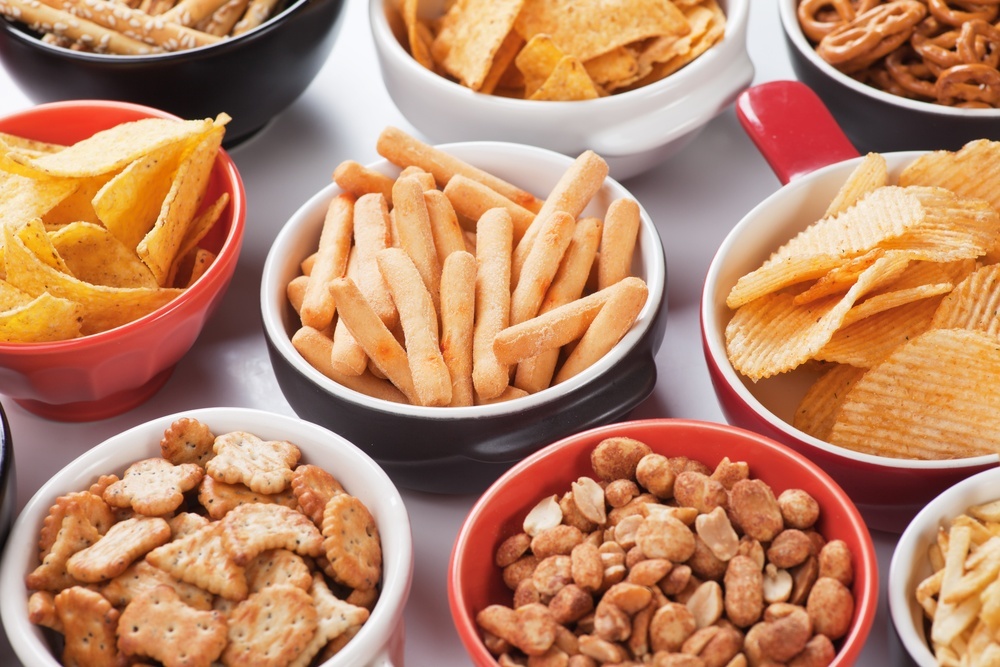 When it comes to healthy blood pressure and maintaining a healthy heart, sodium is not your friend.

But nowadays we strive for convenience and efficiency. We want to spend less time in line or cooking so we can eat faster and get on to our next task. However, that convenience often leads to some not-so-healthy sodium rich foods to avoid when you’re on the run.

Read More About How Bad Excessive Sodium Can Be

If you have a habit of being on the go but want to figure out how to avoid all that excessive sodium, here’s a list of sodium-rich foods you should avoid.

Frozen meals are one of the most sneaky sodium-rich foods to avoid because they can label them as having “less sodium” or “healthier” than other brands. Unfortunately, they can still have up to 25% of your daily sodium allowance in a single serving, which is 2,400 mg.

Most frozen meals contain salt preservatives to increase the shelf life of the product. Foods like Lean Cuisines that have labels as healthy, pack in 650 mg of sodium despite only having 330 calories in the meal. While it may be low in fat and calories, the high sodium content is taking a toll on the health of your heart. 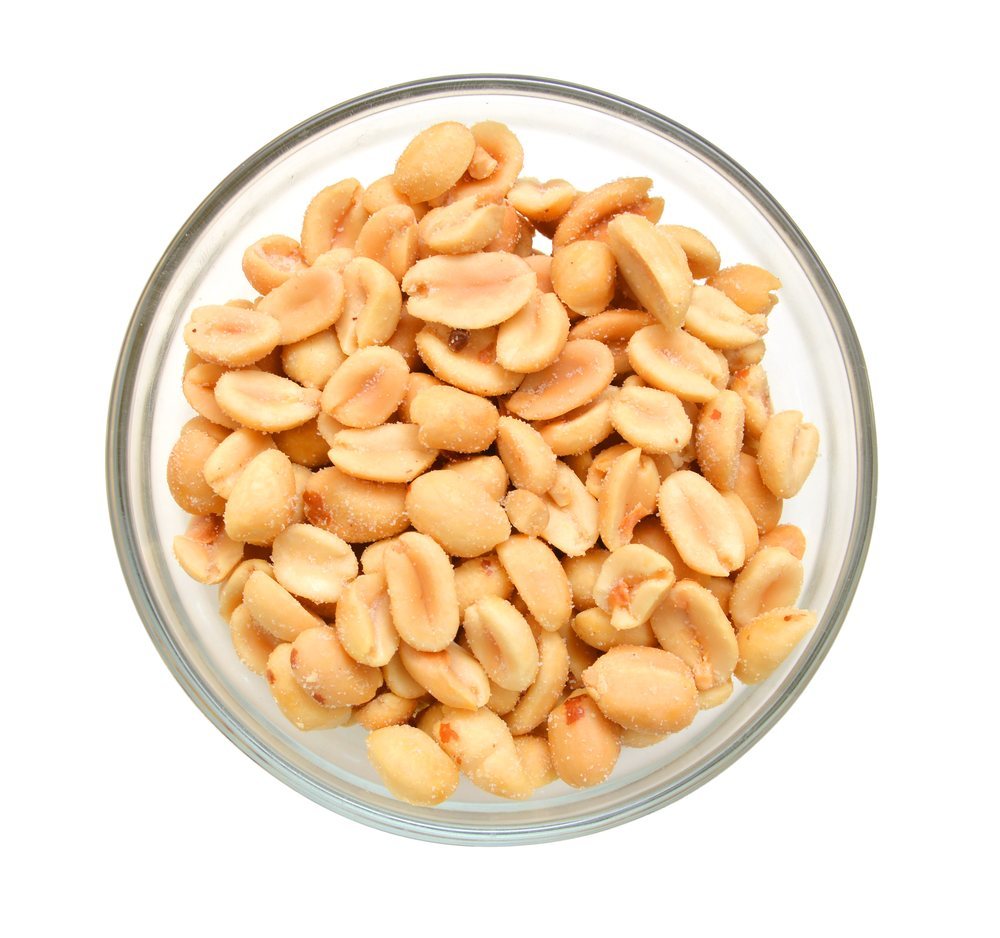 Little packs of peanuts and almonds make it easy to carry a snack with you to work or if you’re out for the day. And while we do not condemn nuts, in fact, they are extremely healthy for you and full of healthy protein and fat, that only rings true if they are raw and uncooked in saturated oils and salt.

Salted peanuts are one of the most common sodium-packed foods to avoid since a single to-go pack of Planter’s Salted Peanuts contains 210 mg of sodium. On top of that, if you aren’t eating from a to-go bag, but a jar of peanuts, it’s easy to eat too much.

It’s no surprise these two made the list. They’re a party favorite and both go great with some ranch dip. But, when you cave to the craving of chips and pretzels, did you realize you would be getting 320 mg of sodium from only 11 Ruffles Sour Cream and Onion chips? Next time you think about going for the chips, try to opt for the veggie tray — it has ranch too.

Pretzels are also a popular, simple snack but also contain a sodium punch that’s better to avoid. There is 450 mg of sodium in only 17 pretzels. 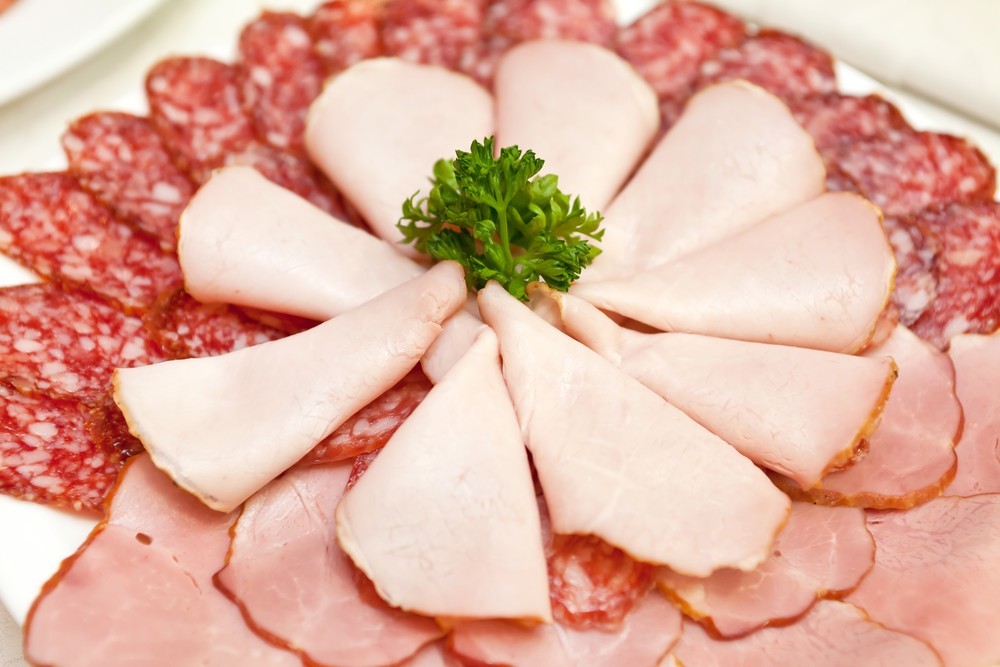 People often choose lunch meats like turkey and ham to add to their salads or to make a healthier sandwich. While those are good intentions, many types of packaged lunch meats have a lot of added sodium to preserve it longer.

Oscar Mayer’s Deli Fresh Honey Roasted Turkey Breast contains 470 mg of sodium in just 6 slices. If you add that with the sodium that is typically in bread, your salt content is way too high for a single meal.

There are plenty of options for lunch meat that have no sodium added or low sodium. The best option is usually from the deli at the supermarket that is freshly cut and has a shorter shelf life.

While you might not realize it, certain brands of breakfast cereals are sodium-packed foods to avoid also. And there are a lot that you may not expect.

Heart healthy cereal lovers go for healthier cereals, like Kellogg’s Raisin Bran. Unfortunately, Raisin Bran has 390 mg of sodium in one cup of cereal. Generally, people eat 1.5-2 cups. That’s not the best way to start your day or treat your heart.

The best way to avoid sodium packed foods is to read labels and put some effort into tracking your daily intake. If you eat too much each day, you risk for high blood pressure and heart disease can rise significantly and rise faster than you might even realize.

Take the time to keep an eye on the sodium you are consuming to help reduce your risk for high blood pressure and heart disease.

Find Out What Else You Can Do to Eat Less Sodium